The U.S. dollar continues to pummel the Euro, hitting a nearly 16-month high against the European currency as we exit today’s Asian trading session and only a strong round of CPI figures from the Eurozone today may give a temporary reprieve from any further losses.

The pain for the Euro began yesterday with the release of US Retail Sales figures which hit the market at 1.7% which was well above analysts’ expectations for a number of 1.4% and more than double last month’s reading of 0.8%. Other data for October saw Industrial Production expanding 1.6% and Capacity Utilization rising 76.4%.

After the solid round of economic news from the US, St. Louis Fed president James Bullard inflicted even more damage by noting that the US central bank should not just wait and sit back and should "tack in a more hawkish direction" over its next couple of meetings to prepare in case inflation does not begin to ease.

"If inflation happens to go away, we are in great shape for that. If inflation doesn't go away as quickly as many are currently anticipating it is going to be up to the Federal Open Market Committee to keep inflation under control," Mr Bullard said.
He was basically putting the market on notice that if inflation does not come down, the Fed will begin to embark on a rate hiking cycle and as of today, investors are pricing in 2 rate rises from the Fed in June and November of next year.

In stark contrast, European Central Bank President Christine Lagarde noted on Wednesday that any tightening of monetary policy is likely to kill the economic recovery currently underway in the Eurozone and in a follow up speech today, the ECB president is likely to repeat her dovish tone.

There are 5 more US central bank board members due to deliver economic speeches to the market today during the American trading session and if any of them take the same bullish tone as James Bullard, it will spell terrible news for the Euro. 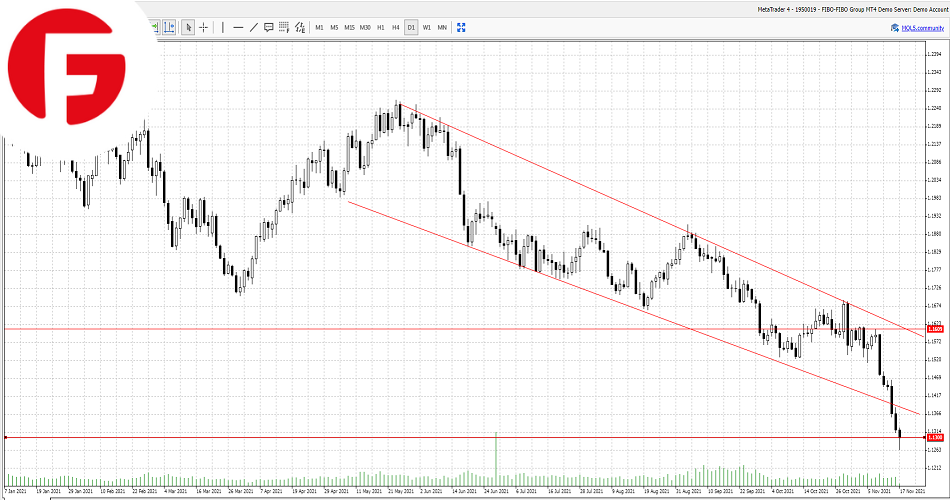 Looking at the chart, we can see that the Euro is in dire trouble and has broken many critical support levels over the past few days which included the $1.1300 mark but as we enter the European session the buyers seemed to have stepped in at $1.1263 to stop the carnage and lend some support.

As the European session gets underway, traders will be eying the CPI figures from the Eurozone but unless the come in well over or under expectations, the news is unlikely to substantially move the EUR/USD currency pair.

More interest will be generated by the speeches of US federal board members later in the day starting off with John Williams early in the American trading session and ending with Raphael Bostic where the question of rate hikes will be on everybody’s mind.