The Euro came initially rose against the US dollar in yesterday’s trading session after the latest interest rate decision and monetary policy statement by the European Central Bank but despite an initial positive reaction, the European currency was then sold off and tumbled more than 100 points as market participants were left disappointed with the ECB’s forward guidance.

As widely expected, rates were left on hold at -0.5 percent, where they have remained for over a decade, so the main focus of the meeting was the following statement and how aggressive the ECB- was going to be with regards to interest rate hikes moving forward to reign in sky high inflation which is sitting at its highest level since the Eurozone began life.

The statement indicated that the ECB intends to raise rates by 25 basis points at its meeting next month, which disappointed some in the market who were expecting a large hike at liftoff, but others remained bullish after the bank left the door open to a more forceful response in September should the inflation outlook worsen.

The euro initially advanced after the ECB announcement came in, but then reversed lower during President Lagarde’s press conference. Lagarde failed to commit to pre-set tightening course, advocating for complete flexibility and optionality, a sign that policymakers may not be fully sold on the idea of aggressive rate hikes later in the year, amid soring energy prices and slowing economic growth which has been evident over the past few weeks. 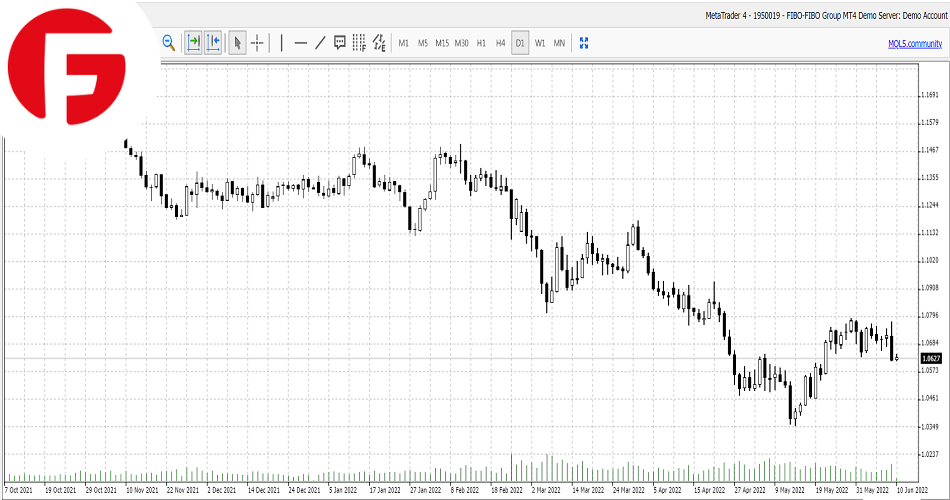 As we head into today’s trading session the main focus of the EUR/USD currency pair will be the release of the latest consumer price index figures during the American session which have now become all the more important due to the ECB,s unwillingness to be more forceful with regards to tightening monetary policy.

The data is expected to show that consumer prices rose 0.7% in May, while the core consumer price index (CPI), which excludes the volatile food and energy sectors, rose 0.5% in the month.

If the figures come in above expectations that will solidify expectations that the US Federal Reserve will hike rates by 50 basis points each over the next few meetings and leave the Euro with further losses against the greenback as we close out the trading week.