The Euro/USD dollar remains motionless as we enter today’s European trading session while market participants await the latest interest rate decision from the US Federal Reserve followed by a monetary press conference.

Following its two-day policy meeting, the US Federal Reserve is expected to raise the benchmark rate by 75 basis points (bps) to the range of 3.75% - 4% today. Such a rate move is already well and truly priced into the market so the main focus will be on US Federal Reserve President Jerome Powell’s following statement and any clues on the size of future rate hikes

The odds are growing in bets for the Fed to deliver a smaller rate hike next month and there is now a 51% chance of the US central bank opting for a smaller 50 bps rate increase.

If Powell’s comments at the press conference confirms the US central bank’s intention to go for a 50-basis point hike in December, that would likely be assessed as a dovish tilt in the policy outlook and may see the Euro gain ground against the greenback

"The FOMC decision on Wed is nailed on at 75 basis points and given we won't be getting updated forecasts or dots, all that is left to guide markets is the press conference. In previous months, FOMC rhetoric was notably consistent, all reinforcing the same hawkish message," says Elsa Lignos, Global Head of FX Strategy at RBC Capital Markets.

"to be more nuanced, Powell is bound to be asked about December & a step down in pace. To retain optionality, he almost has to deliver a less hawkish message - 50bps is on the table. We think it's worth a shot positioning for another break above parity," added. Lignos. 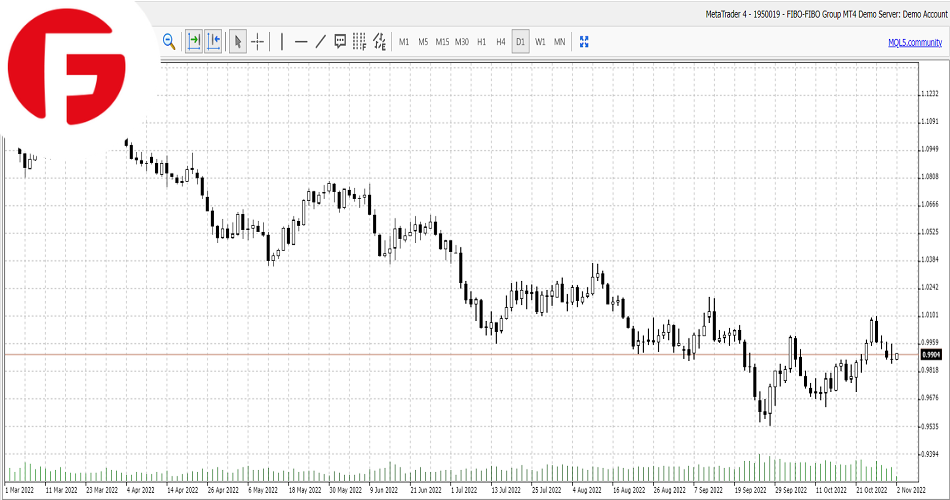 The latest import and exports figures from Germany hit the market earlier this morning well below expectations but this has failed to hurt the Euro which just confirms that traders are closing their eyes and waiting for the Fed rate decision later today.