The Euro is finally taking a breather in today’s trading session after a solid 3 day rally against the US dollar as market participants become nervous about the possibly of a total gas shut off from Russia while at the same time eagerly awaiting tomorrow’s interest rate decision from the European central bank.

Russian President Vladimir Putin said earlier that his government are yet to see in which condition the equipment for Nord Stream 1 will be after returning from maintenance and it may not be in a condition to resume supplies.

"There is a risk that equipment could be switched off and Nord Stream 1 stops Putin said. This would be a disastrous situation for the Eurozone and would almost certainly push the block into a recession as energy prices would surge to even more unmanageable levels.

Traders are also wary of tomorrow’s interest rate decision and are cautious on the direction of the Euro, depending on the size of the rate hike.

Economists at BBH believe a number of scenarios could play out and will determine the short-term fortunes of the European currency.

"Despite reports of a possible 50 basis point (bp) move by the ECB tomorrow, the euro rally ran out of steam near 1.0275. We see four potential outcomes tomorrow, most of them euro-negative. Best case outcome for the euro would be a 50 bp hike and the announcement of an aggressive anti-crisis tool, while the worst case would be 25 bp and further delays to the tool." they said. 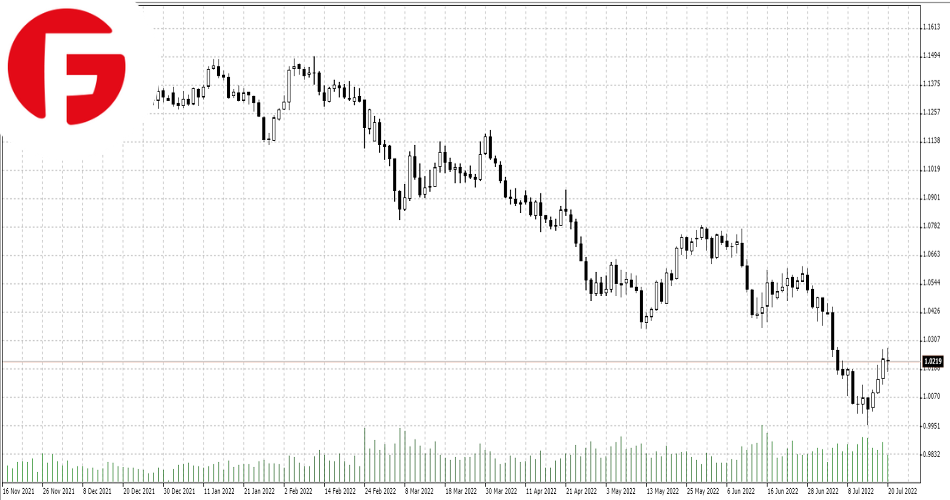 With no further economic news out today, the EUR/USD currency pair is likely to remain stuck in a tight trading range as traders and investors alike sit on the sidelines and wait for tomorrow’s interest rate decision from the ECB,