The Euro is now looking down the barrel of a 3rd straight day of losses against its US counterpart, and even better than expected data released at the start of the European session earlier today has failed to give the European currency a boost.

Industrial production figures from Germany, the Euro block’s powerhouse, hit the market at 1% which was better than analysts’ expectations for a figure of 0.7% and well up from last month’s number of -1%.

The yearly figure was also impressive coming in at 5.7% against as previous figure of 5.4% and adds further evidence that business conditions in the German economy are on the rise.

Later today we will see the release of quarterly and yearly GDP figures from the Eurozone which should be much more of a market mover than the industrial production numbers but in any case, unless the figures come in significantly above expectations, we don’t expect the Euro to benefit much on this news either. 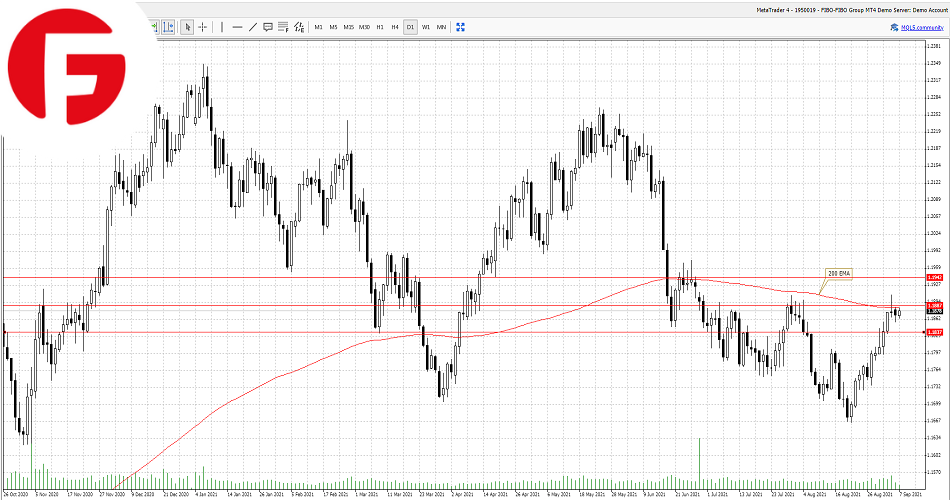 The Euro ran into strong resistance at the 200 day EMA during the trading session on yesterday and today, after making another run for this critical point has once again been rejected

The $1.1887 mark is also proving to be a strong resistance level at this stage and as mentioned above, unless we see a significant surprise with regards to the GDP figures the Euro is going to find it hard to move pass these important levels today.

So for now, it looks like the EUR/USD currency pair is becoming exhausted and for now run its course which was probably expected after a more than 2 week rally where the Euro gained more the 200 points against the greenback.

We may now see a consolidated phase where the currency pair trades between the $1.1837 and $1.1887 channel throughout the week as shown on the chart.