The euro is moving higher against the US dollar as we enter today’s trading session, but its gains were capped as traders were hesitant to drive big moves ahead of a crucial European Central Bank policy decision later today.

The European currency has rallied about 2% in the last three trading sessions on expectations the ECB might deliver a big 50-bps rate hike and the possibility that a key Russian gas pipeline would reopen on time after maintenance after earlier predictions that the pipeline would remain closed.

“The euro popped yesterday on the slight possibility that the ECB would consider a 50-basis point hike. I think expectations of that have waned a bit this morning especially with the energy crisis back in the headlines.” said John Doyle, vice president of dealing and trading at Monex USA.

The European Union told member states on Wednesday to cut gas usage by 15% until March as an emergency step after President Vladimir Putin warned that Russian supplies sent via the Nord stream 1 pipeline to Europe could be reduced and might be shut off all together.

The timing of a possible 50 basis point interest rate hike is very controversial for the ECB as many analysts see the block falling into a recession on the back of higher energy prices and rising consumer prices in general so they may opt for a 25-basis point hike which will be followed up by several more even in light of the recession risks.

“The ECB may have to keep tightening policy, even though a light recession, if wage acceleration and continued high energy prices result in rising inflation expectations,” said analyst Anatoli Annenkov in a research note.

“We believe raising the policy rate at least to the bottom of the range of estimates of the natural rate,1-2 percent thus makes sense in order to be in a better position next year to address the inflation outlook,” he added. 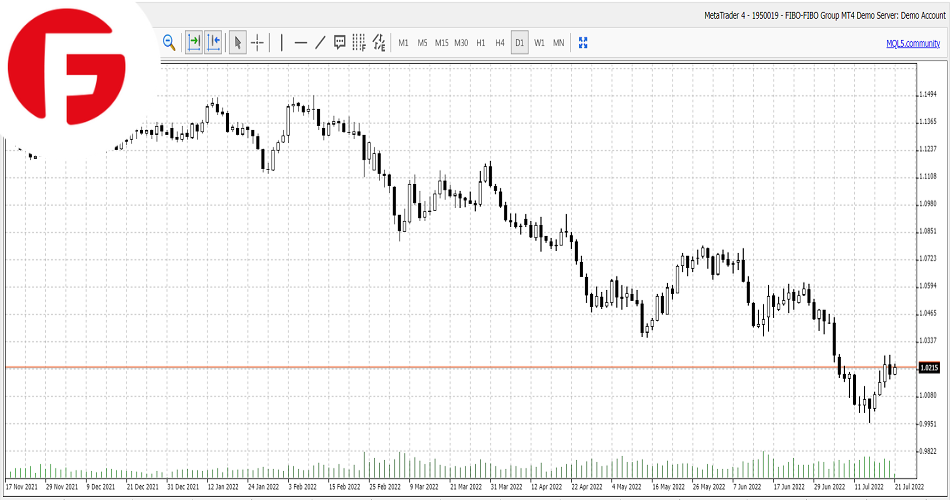 A 25 point rate hike by the ECB is likely to put pressure on the Euro as this move is already priced into the market and with the US Federal Reserve being more aggressive with their rate hikes such as a 75 point move last time round, the yield differentials between the US dollar and the Euro is going to remain to large for investors to ignore the greenback.