The Euro bounced unexpectedly in yesterday’s trading session against the US dollar given the bullish stance poof US Federal Reserve president Jerome Powell in comments he made to the Senate Banking Committee.

Mr Powell told the powerful committee that asset purchases will finish in March and rate hikes are expected to follow shortly after that Additionally, he said that the Fed may begin reducing the size of the balance sheet towards the end of the year depending on if the economy keeps moving forward at its current pace.

“As we move through this year, if things develop as expected, we’ll be normalizing policy, meaning we’re going to end our asset purchases in March, meaning we’ll be raising rates over the course of the year,” Mr Powell told the Senate Banking committee members.

The main reason for the Feds aggressive stance is the current rate of inflation which is running at 4.9% and is more than double the Feds preferred target rate of 2% and is currently sitting at more than a 30 year high.

This sets up a big day ahead as we enter the American session as December’s inflation figures hit the market and analysts are expecting g a figure of 5.4%. We can expect a lot of volatility surrounding this news and if the numbers come in as expected, or slightly higher, yesterday’s gains in the Euro may be short live as expectations heighten that the Fed will move swiftly with regards to hiking rates. 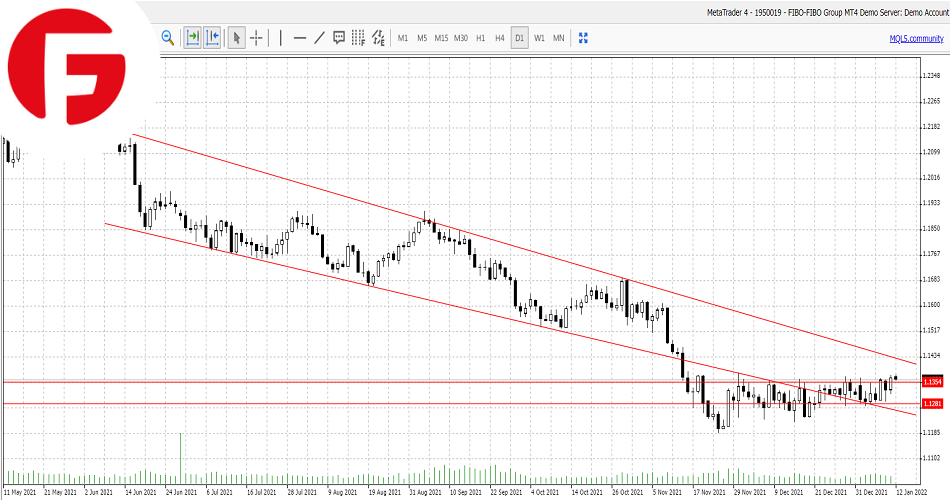 As we can see on the daily chart, the EUR/USD currency pair has finally broken through the $1.1342 resistance level, something it has been unable to do since the middle of November last year.

The pair currently trades above this critical level as we enter today’s European session and the key to remaining there will be the release of the CPI figures later today from the US.