The Euro is heading higher against the greenback as we exit today’s Asian session and enter the European session. The European currency is benefiting from the US dollar pullback, underpinned by softer Treasury yields and a lack of economic news.

Also helping the Euro’s cause was reduced concerns over the severity of the omicron virus strain which supported the riskier currencies and as long as the European content can keep the virus from spreading further, this should somewhat underpin the Euro.

European Central Bank policymakers are likely to play a key role in the Euros fortunes over the next few days and so far, there is a lot of indecision over the next moves regarding the tightening of monetary policy

On the other end of the spectrum were comments from Slovak central bank Governor and European Central Bank governing council member Peter Kazimir who noted the ECB should not jump the gun with regards to tightening monetary policy over fears it will damage the fragile recovery currently underway.

Looking ahead today, the economic calendar from both the Eurozone and the US  is pretty quiet but tomorrow we may see some volatility in the EUR/USD currency pair with the release of trade balance figures from Germany and the Initial jobs claims figures from the US

The highlight of the week will come on Friday, with the release of US Consumer Price Index figures which are expected to come in at 6.8% against last months figure of 6.2% and if analysts are correct, it will mark a new 30-year high inflation figure and probably boost the US dollar as the trading week comes to an end 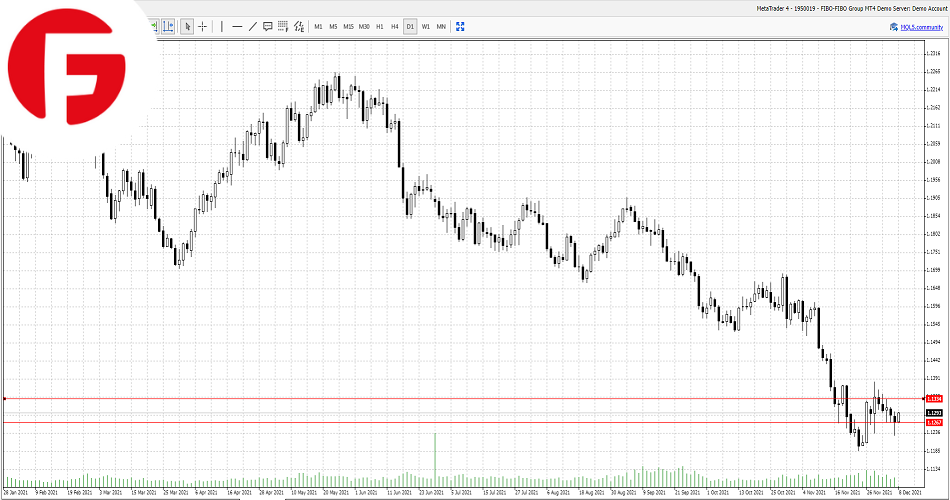 On the chart we can see that the Euro has found solid support at the $1.1267 mark over the past 2 days and this level is likely to hold due to the lack of economic news.

Investors will probably hold off placing any bets on the EUR/USD currency pair until the release of CPI figures from the US on Friday which will probably determine when the US Federal reserve will hike interest rates.