The Euro received further support in yesterday’s trading session against the US d`ollar after the release of strong consumer price index figures from the Eurozone boosted the case for a rate hike from the European central bank within the next few months.

Inflation figures from Germany, Europe’s financial powerhouse, hit the market at a decade high coming in at 7.9%, while the monthly inflation number rose by 0.9%. Both figures came in well above analysts’ expectations and the news will give the ECB a further headache as the central bank looks to quash inflation via higher interest rates while leaving monetary policy loose enough to let the economy grow.

Two rate hikes b before years end and now pretty much priced into the market and the Euro bulls were hoping that there was still an outside chance of a 50-point basis hike but he chief economist of the European Central Bank, Philip Lane poured water on this hope and indicated yesterday that interest rates in the euro area will go up by 0.25% in July and by the same amount again in September.

At a summit in Brussels yesterday, European Union leaders agreed to impose further restrictions on Russian oil exports, most notably on the oil delivered by sea. Exceptions were made for the pipeline supply until a solution can be found for those member states that rely heavily on it and this means that record inflation figures in the Eurozone are not going anywhere anytime soon as energy prices are sure to rise. 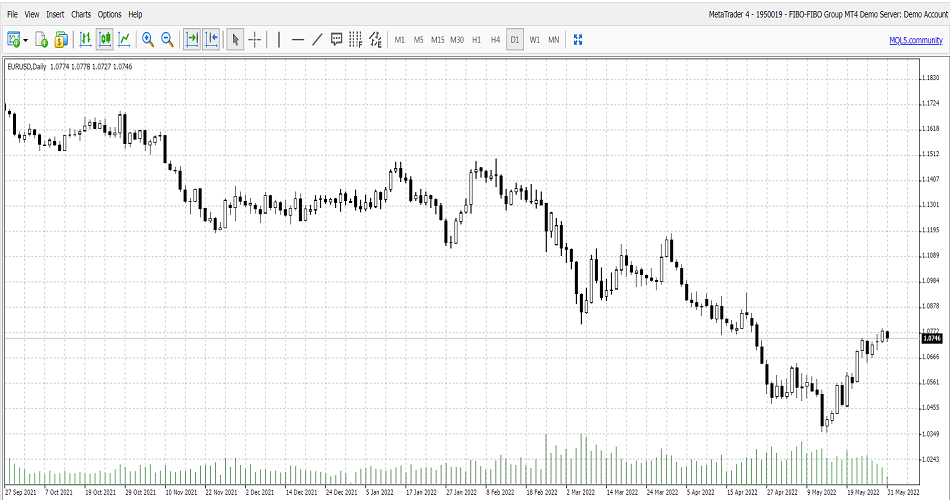 Looking ahead today, the main drivers of the EUR/USD currency pair will be the release of the latest unemployment rate figures from Germany and GDP figures from Italy with the latter unlikely to cause much noise in the market.

In the American session market participants will await the release of key real estate data from the US with the case schiller home price index followed by the all-important consumer confidence figures which will be closely monitored by the Fed in their quest to hike interest rates.