Yesterday’s saw release of the minutes from last month’s Federal Reserve policy meeting when the central bank raised interest rates for the first time since 2018.

They showed the policymakers have laid out a plan to reduce their balance sheet by more than $1 trillion a year, and also indicated that at this time the chances of 50 point basis interest rate hikes instead of the earlier mentioned 25 point hikes are now well and truly on the cards

The Fed’s determination to move quickly and aggressively to combat inflation, which is sitting at its highest level in around 40 years gave the dollar a significant boost.

“Our short-term fair value model shows that, for some G10 pairs like EUR/USD remains undervalued. This suggests the dollar still has some room to catch up with the big moves in rates, a major determinant of its short-term fair value, and we think a consolidation around these higher levels is more likely than a correction at this stage.” Noted analysts from ING

Also weighing on the Euro was the fresh round of sanctions introduced against Russia by the US which targets major Russian banks and Vladimir Putin’s 2 daughters which is bound to ratchet up tensions between Moscow and the west. 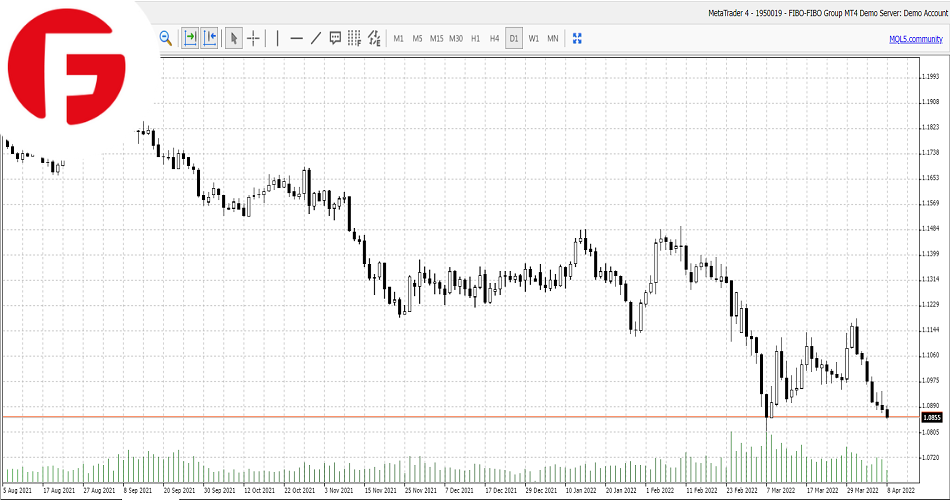 Looking ahead today, the main drivers of the EUR/USD currency pair will be the release of retail sales figures from the Eurozone which should gives some clues surrounding consumer confidence on the European continent considering the economy is under pressure due to the Ukraine/Russia conflict.

Later in the day during the American session will see the release of the latest jobs claims figure from the US followed by a monetary speech from Federal reserve Board members Raphael Bostic and Fred Evans.